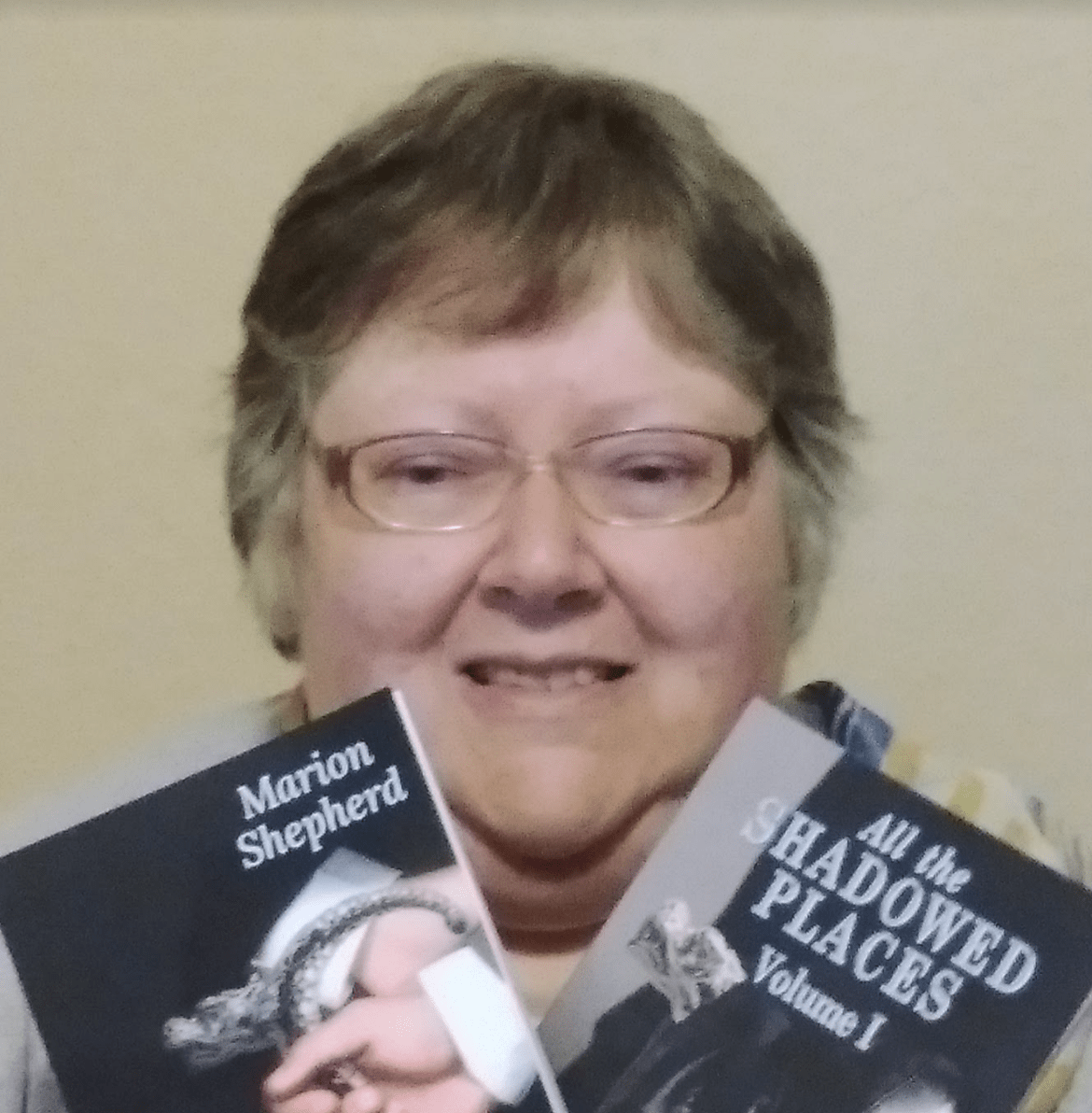 Marion was born in Inverness, Scotland and was brought up in Wales. She has also been fortunate to live in other wonderful parts of the UK including the Shetland Islands, Cornwall and Gloucestershire.

Marion now lives with her family in the beautiful cathedral city of Worcester. All the locations have influenced the backdrops to her novels.

After running her own business as a professional practitioner of Hypnotherapy for 11 years, Marion had to retire due to health issues.

Marion has always been interested in what makes people tick; their motivations, how the mind works and fuels their behaviors. She uses her professional knowledge for character development when writing. 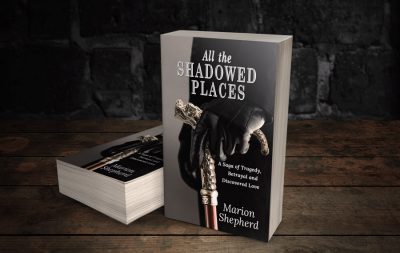 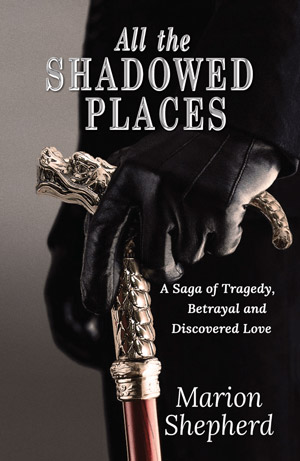 All The Shadowed Places 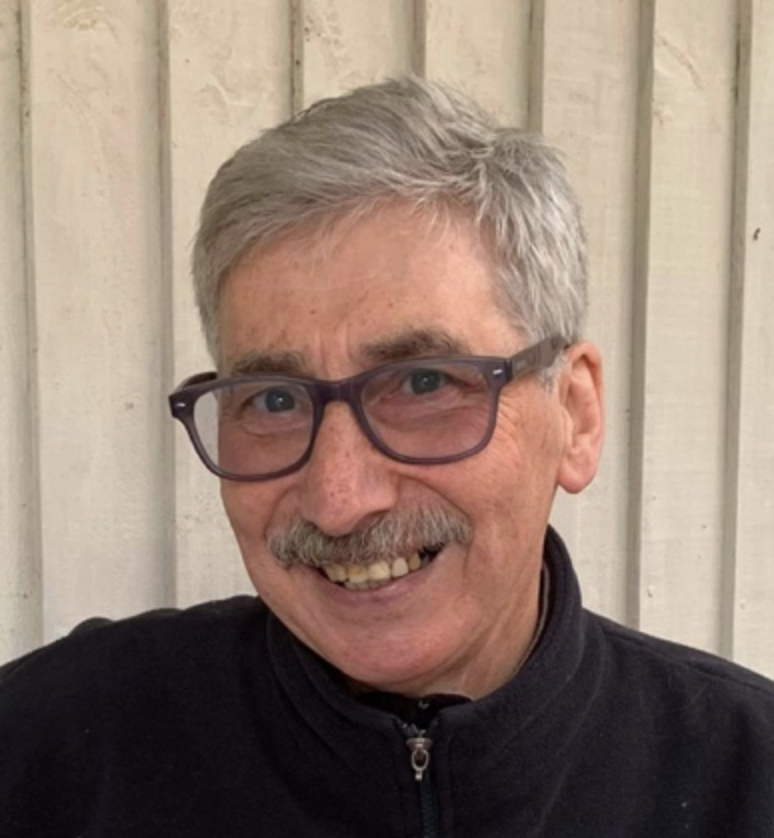 Born in London in 1950 Jonathan Joy was five when the family moved to Sussex. Having completed his schooling at East Grinstead Grammar School. Jonathan returned to London twenty years later. Studying Graphics and Illustration at St. Martin’s School of Art.

Leading to a working life mostly spent researching, illustrating and writing.  Examples of Jonathan’s work can be found in the pottery reports of Canterbury Archaeological Trust. A town- trail for Minehead, Somerset, and the Skibbereen Famine Trail, West Cork, Ireland.

Retired and now living in Lincoln. Jonathan works as a volunteer, researching documents for inclusion in exhibitions at the new Visitors Centre at Lincoln Cathedral.

Mr. Peel’s Posters tells the story of the life and work of John Websdale Peel (1794 – 1859). Printer to the Establishment. Mr. Peel lived and worked in nineteenth century London, where death was commonplace, and life for many was harsh.

From the 1820’s Mr. Peel’s Printing Office supplied circuses, theatres, and places of entertainment with a wealth of posters and handbills. With their bright words and rich woodcuts Mr. Peel’s Posters offered a world of fantasy and dreams. A far-cry from the nightmare that was London. 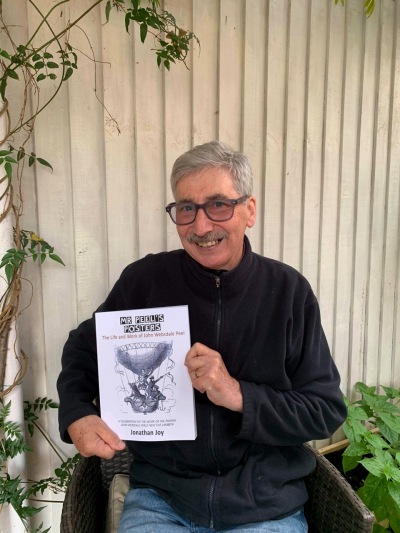 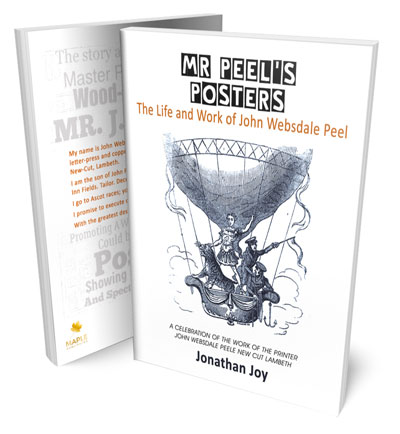 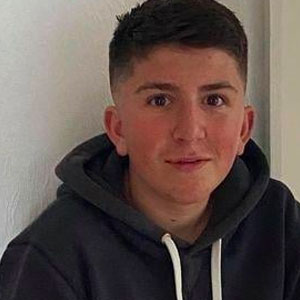 As featured on Observer

A 14-year-old from Bognor Regis, empowered by a diagnosis of dyslexia, has published a book

“The most he’d ever written for a piece of work was probably around 300 words, and that’s at the high end,” his dad, Alex Hilditch said.

“Because he was struggling with it and everything else, it just killed his confidence,”

That was until Oliver was diagnosed with dyslexia and dysgraphia just after his 14th birthday.

“When we got the results for that, it was almost like a light switched on for Oliver. He knew the ability was there, he just needed to do things a slightly different way.”

After some extra tuition, Oliver, who lives in Bognor Regis, discovered that not only did he quite like writing, he was actually very talented.

Supported by his parents and his tutors, he eventually wrote a 5,000 word short story called ‘Moth Men’, the longest piece of written work he’d ever produced.

‘Moth Men’ has since been released as a book, published by White Magic Studios and Oliver’s parents say it has done wonders for his confidence.

“He was speechless when the books arrived. It was like all his Christmases came at once,” said Roma Hilditch, Oliver’s mum.

She added: “we’ve all talked about how difficult the current situation is, with people self-isolating or working and studying from home but, actually, for Oliver, it played out in a completely different way.

“We had so much more time with him, and we discovered that he doesn’t work as well in a class of 30, he’s much better on his own, because he just gets on with the work.” 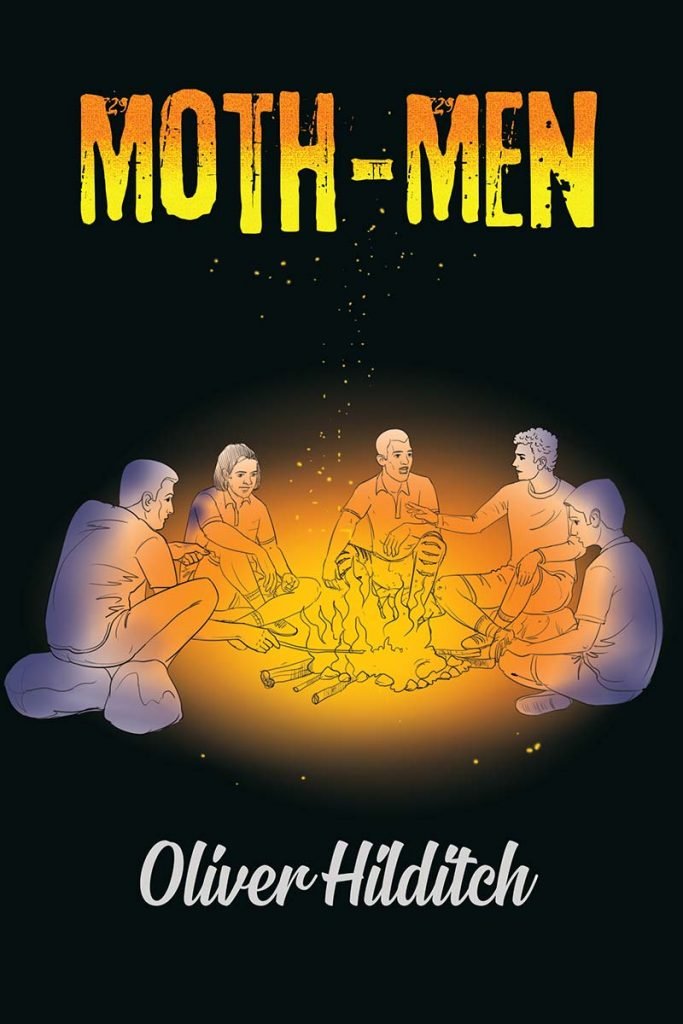 ‘Brains, Beauty and a Big Heart 💓 That’s how a real life Border Collie Dog is best described as. This is the first book produced by Collie Creations Ltd and is focused on this extraordinary breed of dog.

There is so much love for our adorable furry friends. The book has been launched to give the younger members of our generation a combination of cartoon characters based on a farm that is relatable to real life. There is so much about farming life and Tessie Dog is the perfect character to follow’.

Emma is a Psychology Student at a London University. One of her greatest passions in life is dogs, especially Border Collies. Having spent most of her life living near the Derbyshire Countryside, which is Sheep Dog territory, Emma has moved to London to continue with her studies but also to aid the development of the Tessie Dog brand. 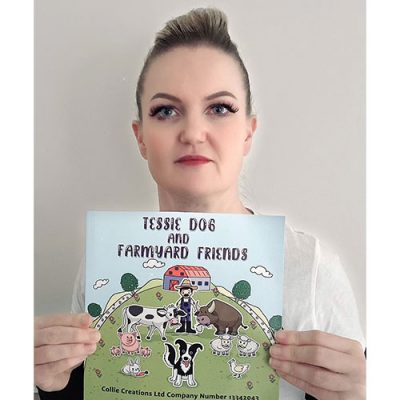 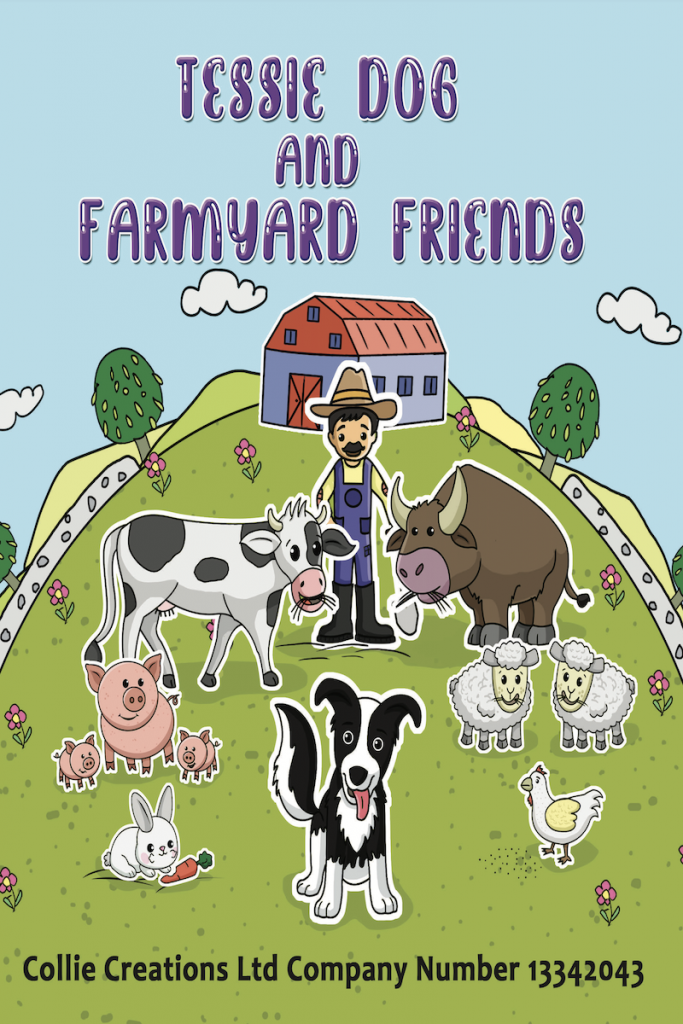 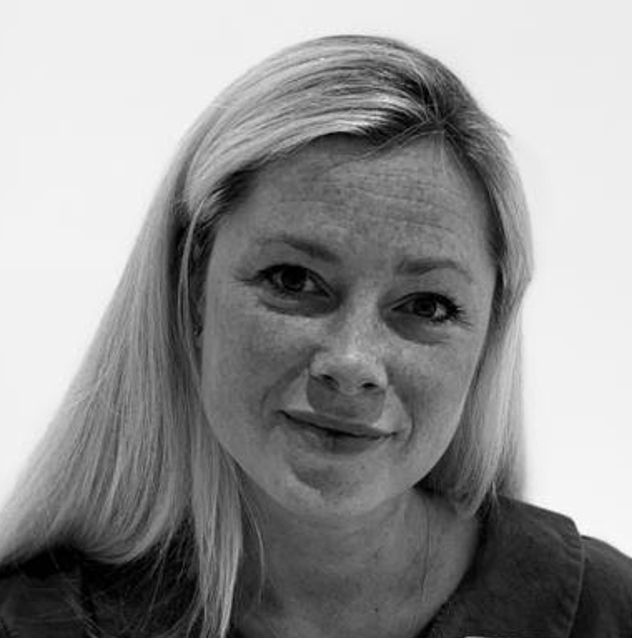 Sasha’s foray into children’s story books was fuelled by a quite contrasting genre – horror.

That is the unique horror of lockdown serendipitously coinciding with the start of maternity leave, with a 2 year already desperate for nonstop housebound entertainment.

Like many, when trying to explain the big events in life to her boys, Sasha found picture books invaluable. But with nothing out there to explain the historical events unfolding in the world around – and a desire to capture them (in some strange form of sentiment) – The Leopard Who Longed To Be Free became Sasha’s debut novel.

Sasha was born and raised in London, where she now lives with her husband and three young children. When not moonlighting in children’s literature, Sasha ‘daylights’ as a Compliance Manager at a financial firm, informing another set of children, albeit slightly bigger, what they can and can’t do. 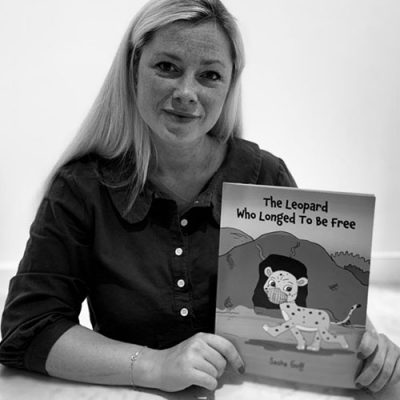 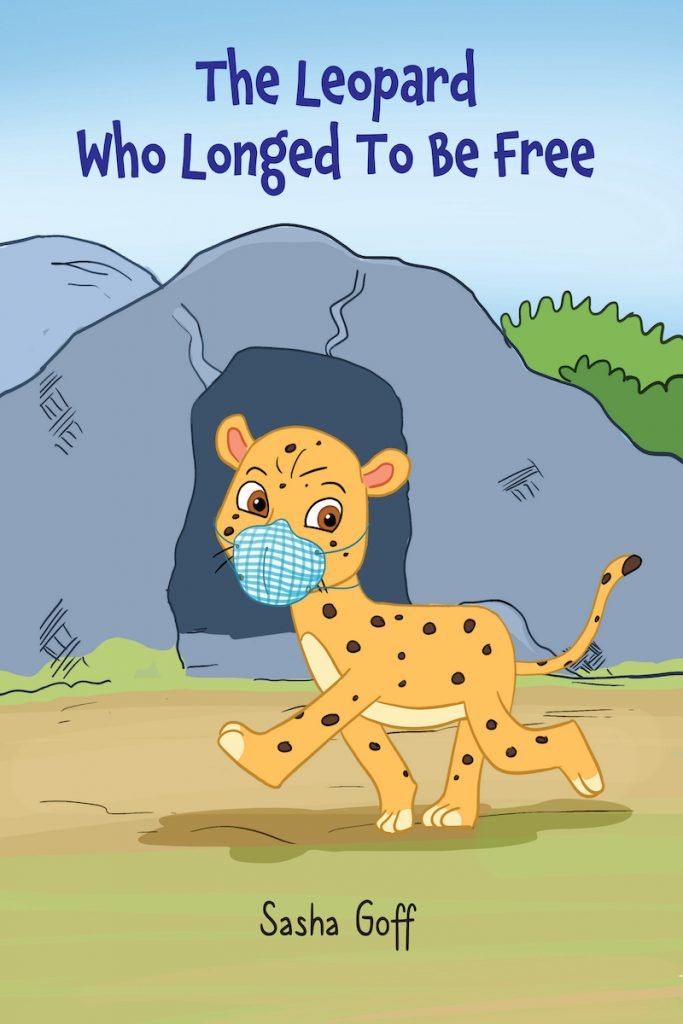 The Leopard Who Longed To Be Free 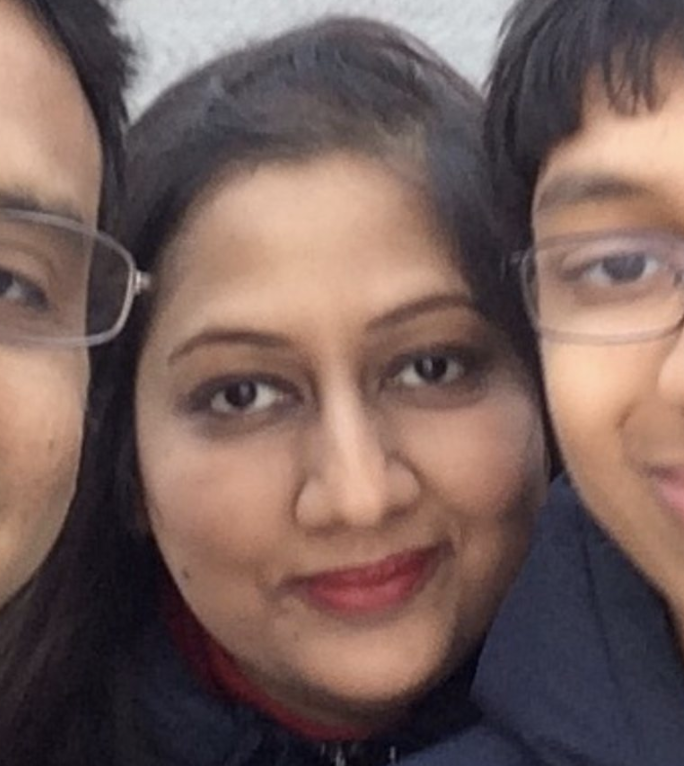 As featured on BBC

A cookbook never conceived before….

This is no ordinary cookbook; indulge in a flavorful journey, celebrating the inspiring story of Sabeen Mansoor through her amazing food. Starting from childhood until her sad demise due to Covid-19 at the young age of 43, it contains her mouth-watering recipes, life events and anecdotes on Pakistani culture.

The book is a delight for anyone who loves cooking authentic Pakistani and International cuisine as Sabeen shares her secrets of producing delectable dishes.

Written by her family, this book will inspire readers with Sabeen’s Talent, Ambition, Passion, Love, and Values. It expresses that life can continue to be celebrated even after it ends, and that purpose can sustain loss.

Keeping with the compassionate nature of Sabeen, 30% of each book’s profit will go to two charities: Vineyard Community (Food Bank), Richmond London and The Citizens Foundation (TCF) Karachi, Pakistan. 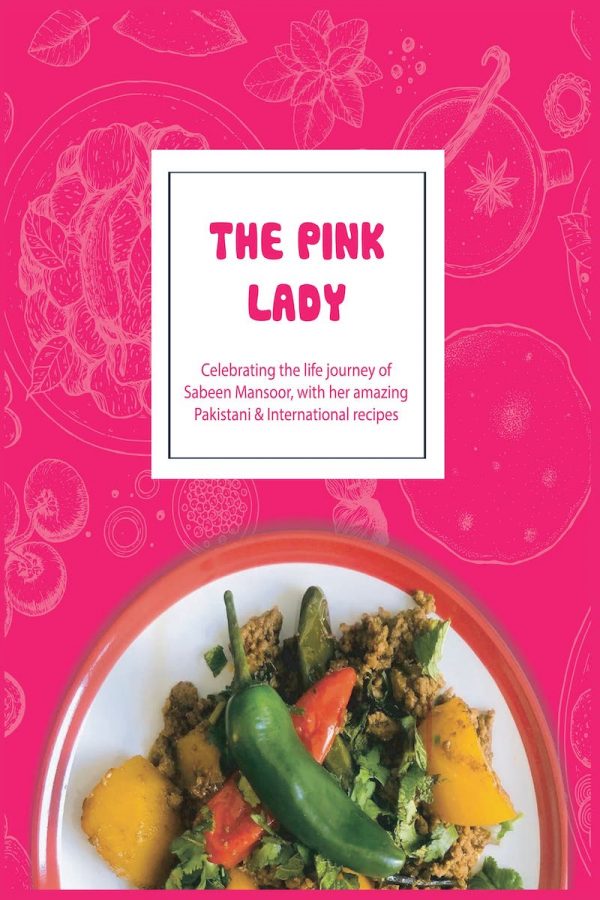 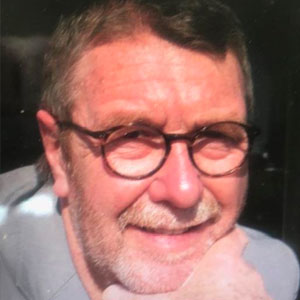 As featured on Sunderland Echo

An award-winning historian has written a book which looks in detail at Sunderland’s Victoria Hall tragedy which claimed 183 lives.

Two years of tireless work went into John Taylor’s new publication which focuses on the disaster of 1883.

The tragedy happened when the children were crushed in the stampede for free toys during a show and John’s book is a 210-page look at the children who were involved that day.

“These were young children, some three and four year old,” he said. “Can you imagine their excitement as they went through the streets of Sunderland. Over 2,000 of them went to that show and you can imagine them meeting up.”

John’s book is titled The Day The Children Fell Asleep and it puts detail to the youngsters within the disaster.

At the end of the show on June 16, 1883, an announcement was made that children with certain numbered tickets would get a prize. Worried about missing out, many of the estimated 1,100 youngsters in the gallery stampeded toward the staircase leading downstairs.

At the bottom of the staircase, the door opened inward and had been bolted so as to leave a gap only wide enough for one child to pass at a time. Those at the front became trapped and were crushed to death by the weight of the crowd.

John, 78, from Hastings, has relatives who come from the Hetton area. He learned about the disaster when he was studying for another book he had planned.

John, a Spurs fan, said: “I was actually doing research on a Tottenham Hotspur footballer called Albert Hall and I was looking into his life when I found something on Victoria Hall.”

He added: “It was the biggest ever disaster involving children in the UK, I believe, and when I heard about it, I could not believe it. I started some research and it went from there.”

But John’s painstaking look into the detail of the disaster had a profound effect on him. His book was written over time because he had to take a break from the research as the stories ‘upset him so much’.

As well as the heartbreaking tales of those who lost their life, there are moments of joy – such as the mother who rushed to the hall to find her daughter. She could not find her little girl.

She went back home to find her daughter playing in the street. The child explained that she had fallen asleep on the stairs and avoided being involved in the tragedy that day.

John, a former asphalt roofer who went on to become a college teacher in the profession, is a father of two and grandfather of 8. He was raised in Wimbledon before he moved to Hastings. 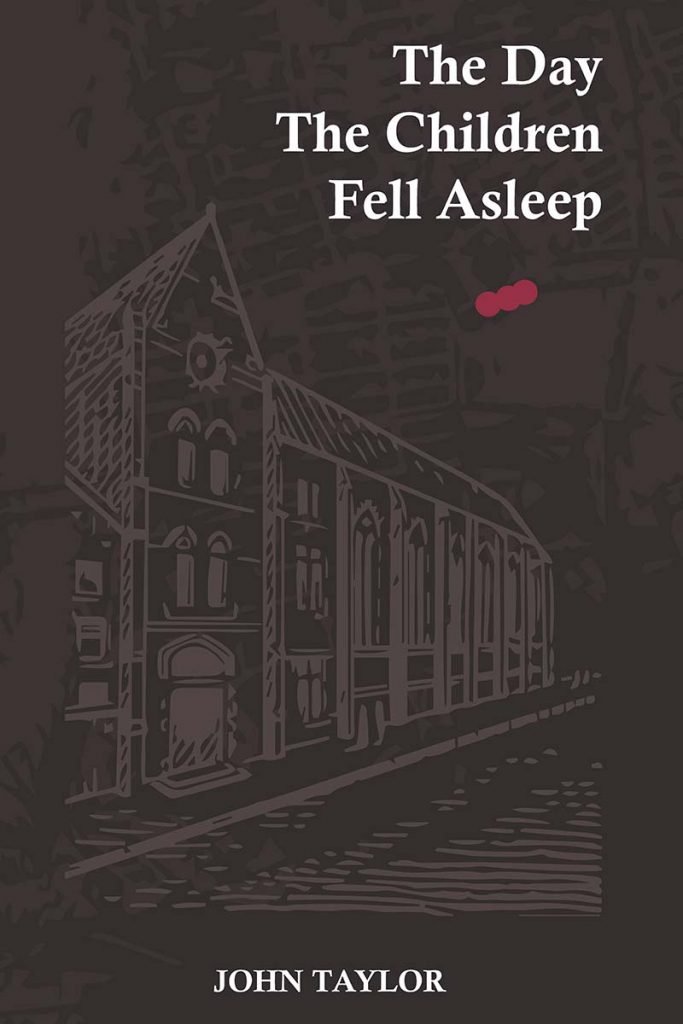 The Day The Children Fell Asleep